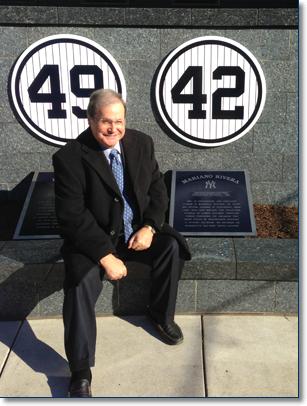 Appel, an “accidental Yankee fan” (“I was born in Brooklyn!”), has been cited by the New York Times as one of the nation’s premier authorities on Yankee history, and is generally acknowledged as one of baseball’s most informed historians. Indeed, a private library of more than 2000 baseball volumes is one of the largest private collections in the country.