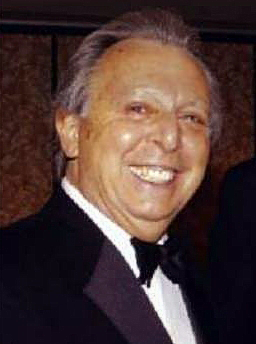 The death in December 2015 of New York–based sportswriter Phil Pepe saddened the city’s baseball community, including his devoted readers, who enjoyed his many years with the New York Daily News and his output of more than four dozen books.

Some at his funeral began talking about his place in baseball-writing history as an original “Chipmunk.” In fact, he was thought to be the inspiration for the name.

The Chipmunks were a collection of young baseball writers who began arriving on the scene in the late ’50s and early ’60s. The old guard still ruled—the writers who covered the game going back to the ’20s, who, for the most part, were thought to be practically part of the team.

These new guys (all men), were different. They saw sports with some irreverence and did not take it all as seriously as John McGraw or Ed Barrow might have once dictated. In fact, they saw those who did take it ultra seriously to be the subject of their back-room barbs. From those barbs came the bonding of a new generation, linked by their common belief that it wasn’t quite as life and death as the old guard thought.

The name Chipmunk was said to have come from Jimmy Cannon, a columnist who had been on the beat since 1926. He saw this little group off to the side of the batting cage, not paying much attention to batting practice, but chattering incessantly, laughing, and seemingly into their own agenda.

Prominent in the group was the young Phil Pepe, whose front teeth, while not requiring braces, were pleasingly buck.

“Look at them,” Cannon was said have to muttered. “Chattering away like a bunch of chipmunks!”

“If we didn’t hear it immediately, it certainly got back to us,” said Steve Jacobson of Newsday, the up-and-coming suburban powerhouse in New York. “And we liked it. We were glad to be branded as different than the old writers, and we quickly made it into a positive designation.”

“Don’t get this wrong, we liked Jimmy,” says George Vecsey. “He remembered what it was like to be young. But he was the older generation, and he gave us our name, so he could never have been a Chipmunk.” 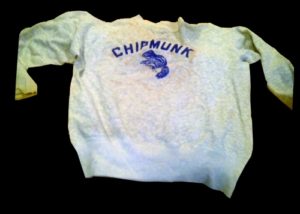 Sweatshirts were made, which, of course, pissed off the old-timers no end. Courtesy of Steve Jacobson

The fact that there were so many from the Post should have made sports editor Ike Gellis an honorary Chipmunk, but he was never formally enrolled.

Dick Young, the muckraking New York Daily News columnist, was a Chipmunk at heart, but he rejected the sweatshirt. He wasn’t much of a joiner, and indeed, he did have one foot in the old generation too.

“We all liked Mike Burke, who ran the Yankees starting in 1965,” says Jacobson. “And we gave him a sweatshirt along the way.”

Maury Allen certainly qualified if only for the number of times Ralph Houk (old school) threatened to punch him out.

Vecsey, the last active member of the group (he is still an occasional contributor to the New York Times), adds some names to the list, feeling that to be a Chipmunk was a state of mind as much as ownership of a sweatshirt. One could be a Chipmunk without being a card-carrying one.

“Our sports editor at Newsday, Jack Mann, sort of empowered all of his writers to think like that. Joe Donnelly came after Mann left, but he thought like that. Bob Lipsyte of the New York Times fit the bill. Stan Isaacs used to talk about Steve Weller in Buffalo (Evening News) being an honorary northern Chipmunk. We all respected Bud Collins (Boston Globe) who was among the first to embrace Muhammad Ali’s name-change. I don’t think anyone from the west coast or Chicago qualified, but maybe that was just a geographic thing. New York was the epicenter.

“We all respected Leonard Koppett, who was really smart, but he considered himself not a chipmunk but a badger. He was in a class by himself.”

Author and sports columnist George Vecsey—the last of the Chipmunks who is still an active writer.
Source: http://www.georgevecsey.com

The nuclear moment when it all hit was doubtless the 1970 publication of Jim Bouton’s landmark book, Ball Four. This much-detested (by the baseball establishment) diary was the collaborative effort of the Yankees’ left-thinking right-hander and Shecter, that Chipmunk, who was literally on the same page with Bouton in seeing sports differently from others.

Ball Four was notorious when it came out, but was turned into a bestseller when Commissioner Bowie Kuhn called Bouton to his office to reprimand him. The press tagged along and publishing history was made. Today, many cite Ball Four as the book that made them “fall in love with baseball,” despite its lack of sacred respect for the game’s icons and authority figures. It was both revealing and fun.

Stan Isaacs, who died in 2013, had a great Chipmunk moment at the 1959 World Series in Los Angeles when he saw the Brooklyn Dodgers 1955 world championship pennant on display in the press headquarters. (To be sure, the Chipmunks hadn’t yet been named, but to be a Chipmunk was to hate—forever—that Walter O’Malley had moved the team to Los Angeles.) Incensed by this cruel display of the only world championship ever won by Brooklyn, Isaacs personally removed the huge flag and brought it back home to New York with him. (It later went on display at the Brooklyn Historical Society.)

One could say that there was nothing irreverent about that action; it was war. But the manner in which it was pilfered was pure Chipmunk.

So too was Isaacs’ classic question to Ralph Terry, the Yankees pitching hero in the 1962 World Series, who mentioned that his wife was at home feeding the baby.

“Breast or bottle?” asked Isaacs, in what would become the defining question of the Chipmunk era.
The original Chipmunks developed strong followings and enjoyed long careers, but by the mid-1970s, seriousness returned to the beat when the Players Association, arbitrations, free agency, and the reign of George Steinbrenner dominated baseball. There was little time for irreverence, just as today’s generation of baseball writers are doomed to keep tweeting 24/7, lest a competitor break a story nine seconds before they do.
But in their time . . . oh my the Chipmunks were fun. 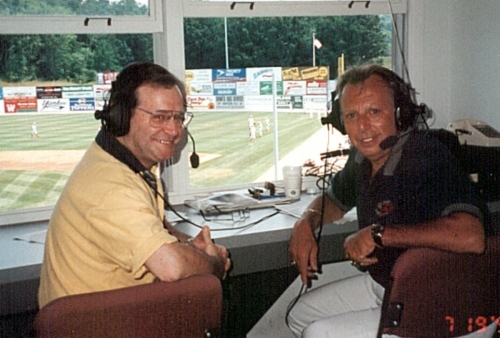 Phil Pepe (right), joined by guest announcer Marty Appel, broadcast Class A New Jersey Cardinals games from 1994-2005. This photo, from the author’s collection, was taken in 1999.